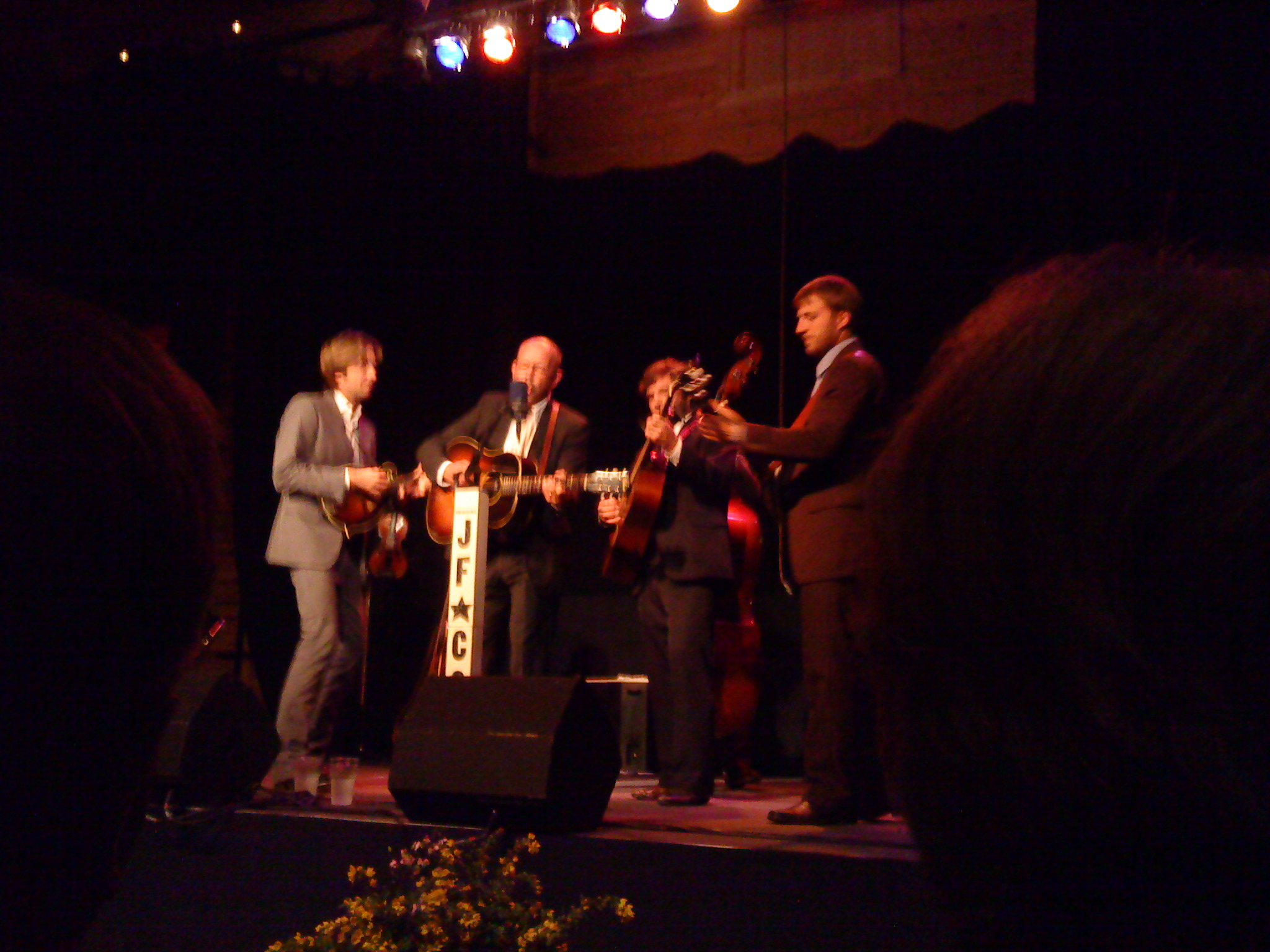 (*) On this song they cut the amplifier, and came down from the stage, standing in the crowd. As I was in the second row the sound is really good considering.

Also, levels are a bit low on the first song, as I had to adjust to the low soundlevel due to there being only one microphone on stage, and no amplification of instruments. Amplified in total, that's all that's been done - also my mother is a loud clapper, which made the levels slightly uneven;)
When editing this I decided to split all the stagebanter which trancedes one minute into own cuts, to make it a bit more streamlined and listenable
I've never done this before, and I hope it works out.


Jonas was in an exceptionally good mood this evening, and even says so during one of the banters... and he told LONG stories about the songs and his life. He's as funny as heck, and really knows how to work a crowd. Most of the banter is in Norwegian.

And what a show. What a night. What an experience!
I've been to hundreds of shows, with artist ranging from the local trubadours doing coversongs to Springsteen, Dylan and Stones... but this will forever be one of the best shows I've ever attended.

Why? The energy and enormous and obvious JOY these guys shows on stage, combined with one of the best concert stages I've ever seen.
Rudi Gard (Gard means Farm) is situated in my old home place, Gudbrandsdalen (Gudbrands Valley) in the middle of Norway. It has a picturesque view of the green valley and the river below.
The host, Øystein Rudi, is one of Norways best and most honoured harding-fiddle players, with several Norwegian Grammys for his folk music, and also several national titles in different classes in national folk music championships - alone and with his groups Sør-Fron Spelemannslag and Kvarts.
He has transformed his familys old farm into a cultural site, where shows, theatre, concerts, excibitions and fine dining comes together like nowhere else.
Anyone who's been there, either as an artist or as a spectator - is equally impressed by the hospitality and the venue.

This was my first visit, after moving away years ago. My parents still live here, and got us tickets to Jonas & Chatham for this show. And I'll never look at a concert the same way again.

The concert stage is in his old barn, which has been totally rebuilt to suit this type of music to perfection. The view of the valley in the background is breathtaking, and a gobsmacked audience made this an experience of a lifetime...


Please do not destroy this by making mp3s for other than your own use - do not share in mp3 - keep it flac...

Also - pick up Larsens torrent from the Bergen show (which is a lot better to listen to than my on-site experience - due to bad placement and bad sound at my position. Larsens tape is great!)
http://www.dimeadozen.org/torrents-details.php?id=264025

I hope you will enjoy this at least partly as much as we did, and PLEASE buy the artists albums and go see their shows.